I’ve had friends ask me why I would spend so much time, energy and money to start a non-profit to help people in need. Whenever I think about the reasons, I’m brought back to my own family’s story.

I was born into a family rooted in a tradition of giving. My father served our country selflessly in the Second World War, taking full part in the Normandy invasion: a hero at Omaha Beach. My mother served her children faithfully, first with my dad as a stay-at-home mom, then as a single mom, struggling through extremely hard times. My grandparents served us all generously when we were in need—but always with the admonition to pay it forward. Savor your blessings, relish them, enjoy them, use them; then step up and help the next person in need. Step in, so others don’t have to go through what you went through.

And what we went through! Our family life was relatively comfortable until I was two. We lived in Queens, New York, in a nice neighborhood overlooking the bay. Dad worked at LaGuardia Airport and Mom stayed home with us. Even so, bodies and minds are fallible, and our domestic life would soon fracture.

They didn’t call it post-traumatic stress disorder then. They called it “shell shock.” Dad had seen a lot of action, and the stress and memory of combat began to take their toll. Alcohol became his medication of choice, and he began making that choice more and more often. Soon he was unable to hold down a job or carry out the everyday tasks of being a dad.

First came the move—from Queens to a distressed area of Brownsville in Brooklyn. Then came another baby, my sister Deborah; and then came my parents’ separation. For the next five and a half years of my childhood, there was pretty much no experience I had that was untouched by hunger. My brother Al and I became adept at “liberating” freshly made bread from a corner store. We learned to lift food from freight cars and to raid apple and cherry trees in a nicer part of town. Though my mom was able to get some help from Butch, my oldest brother, then in the Air Force, we were barely surviving. I developed rickets and my mom suffered deeply, and largely in silence, over not being able to provide for me.

What pulls a family out of such a state? I was fortunate in that people ultimately stepped up. My brother Al, only six years my senior, took on the role of man in the house. My mother, never one to complain despite having every reason, stepped up and appealed to my paternal grandparents when the stress of surviving financially in a hostile environment threatened to incapacitate her. She didn’t want to lose her children, be declared unfit simply because she lacked financial wherewithal. And my grandparents, knowing full well the difference between fitness and wealth, stepped up and took us in. I’ll never forget the train ride from New York to Portland and seeing the country we all loved through the huge windows on the observation deck.

Times have changed a lot for all of us since my first days in Portland, the days when I started to be blessed by full family dinners and summer picnics, Christmases when at last the table was laden. But hard times in our nation and our world have not become obsolete. Men and women, single and paired, old and young, still struggle—and many simply do not have family with the resources or desire to step up. Many do not have family at all. As transit workers and community members who have been blessed and who want to bless, we can now choose to extend our notion of family.

TEST was formed to help us pay our blessings forward—to serve each other in times of need, and to serve needy families in our community. TEST helps transit workers make a difference. TEST helps all of us continue a story of blessing. 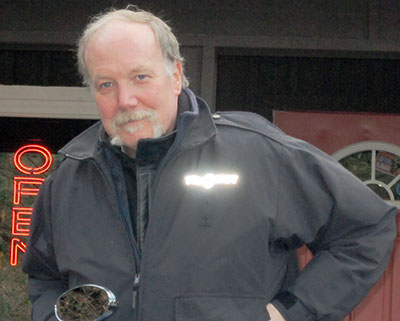 Fill Out the Form Below to Contact Mike Luce

Fill Out the Form Below to Contact Janet Talbott